A floating hospital. A second chance.

Her father abandoned her and the neighbors told her mother to give her away to an orphanage. Born with a cleft lip and palate, the odds were stacked against little Somaya. But her mother, Neny, refused to give up hope that her daughter would somehow get the help she needed.  Due to an unfortunate accident, she missed the first opportunity to bring Somaya to the Africa Mercy. When Mercy Ships returned to Madagascar 5 months later, Neny wasn’t going to miss her second chance.

Globally, nearly 2 out of 1000 children are born with a cleft lip or palate. Here in Europe, major clefts in the hard palate and/or the soft palate are repaired surgically before the patient turns one. However, in countries like Madagascar, where little Somaya lives, access to healthcare isn’t easy to come by.

A cleft lip and palate is not only an aesthetic issue, it causes problems eating, talking and sometimes even breathing. This was also the case for Somaya. Because of her malformed lips, she could hardly form words. Eating and drinking was also a problem, and as if that wasn’t enough, she was always sick and coughing a lot.

When Neny heard about Mercy ships coming to Madagascar, she was convinced that they would be able to help Somaya. She immediately got Somaya a card for a screening. In the hospital ward onboard the Africa Mercy, Neny and Somaya met other mothers and children dealing with cleft conditions. It was a heartening to realize they weren’t alone. And moreover, that Somaya’s life-changing surgery was just days away.

After her daughter’s successful surgery, Neny was all smiles herself. “Now she is healthy!” she exclaimed. “Now she can eat and drink normally…She says, ‘Water, Mamma!’” 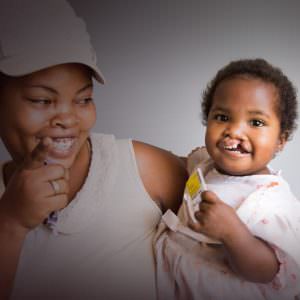 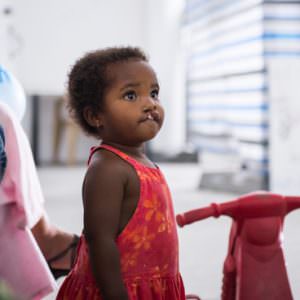 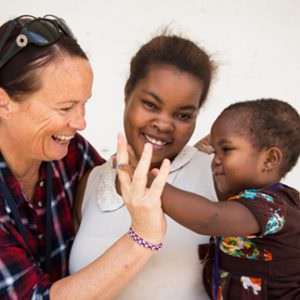 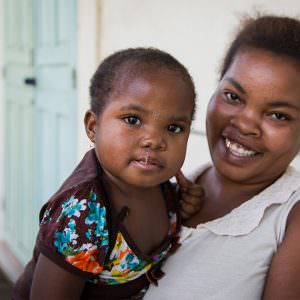 As she got ready to head back to her village, Neny could hardly contain her excitement about showing Somaya’s adorable new smile to her neighbors. “They will be amazed to see her back with these lips,” she said with a grin.

Restoring hope, health and smiles: just another day’s work aboard the Mercy Africa!
And you know what’s wonderful? You don’t even need to be a surgeon to turn a life around. During September and October when you travel with Stena Line, you can add 20 cents or 20 pence to your coffee and the money will go directly Mercy Ships.

When you sit watching the tranquil sea pass by, warm cup in hand, you will have sent some relief and happiness to distant shores. /ylva.