A ship full of hope!

Imagine being 9 years old and constantly left behind by your friends because you can’t walk. This was the daily reality for Fifalina from Madagascar. Fortunately, everything changed when a Mercy Ships hospital vessel arrived to the island. After several complex orthopedic surgeries onboard the Africa Mercy, Fifalina can now walk and play and live a full life. Read her story below.

A parent’s worst nightmare is that their children fall sick or get injured. This is especially true in poor countries where access to health care is both limited and expensive.

When Fifalina was born, her legs appeared to be normal. But as she grew older, her legs became more and more deformed as her leg bones started to curve. After a while it was so bad that she couldn’t even stand, let alone walk to school. Her mother had to carry her.

Her parents desperately tried everything they could think of. They used all the money they had and took her to see a specialist and then a traditional healer. But nothing helped. Then they heard about a hospital ship that had arrived to Madagascar. It was Mercy Ships’ Africa Mercy. 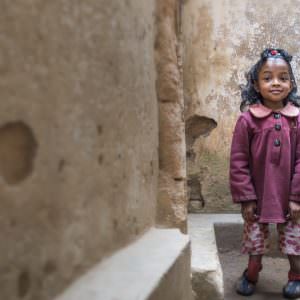 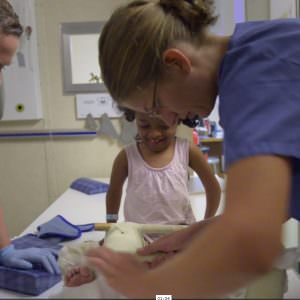 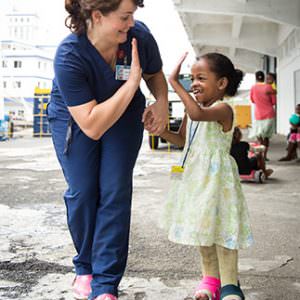 Her parents took her to the hospital ship where the Mercy Ships surgeons took care of her.  It wasn’t an easy fix. Fifalina underwent months of treatment with several orthopedic surgeries. The surgeons had to rotate her leg bones over 200 degrees.

When the leg casts finally were removed, Fifalina said: “I’m going to learn to walk again!”

Thanks to the skilled orthopedic surgeons onboard Africa Mercy, Fifalina can now walk again.

And you know what’s wonderful? You don’t even need to be a surgeon to turn a life around. During September and October when you travel with Stena Line, you can add 20 cents or 20 pence to your coffee and the money will go directly Mercy Ships.

When you sit watching the tranquil sea pass by, warm cup in hand, you will know that you have sent some relief and happiness to distant shores. /ylva.