It sounded like a miracle when a hospital ship arrived

Jocelin of Madagscar was only 12 years old, but was consumed with worry and fear. The tumour on his neck continue to grow larger as time passed. He wore a scarf to try to hide it, embarrassed for his friends to see. Then a ship arrived and changed his life.

Jocelin’s father Jean Paul had nowhere to turn to help his son with the tumour. Local doctors suggested surgery, but as a farmer with few means, he could never hope to afford such an expensive procedure. Then Jean Paul heard something that sounded like a miracle: a hospital ship was docked off the coast and providing free surgeries. He brought Jocelin to the ship and learned that they could in fact heal his son’s tumour—at no cost.

Jean Paul was overwhelmed by the kindness of the doctors and marvelled at all the advanced equipment. He told the crew that he had never seen so many strangers who showed love at every opportunity. 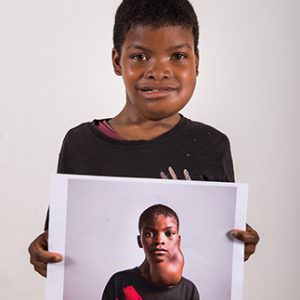 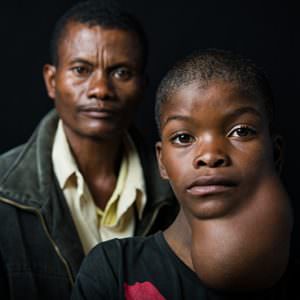 On the day of Jocelin’s surgery, he waited patiently for his turn in the operating room and warmed up to the crew in short order. A few hours later, he was tumour free. When the nurses returned Jocelin from the surgery ward, Jean Paul was astounded, and overcome with joy. His son’s tumour was gone! The fear they had both felt for so long was now lifted.

“We had no hope,” Jean Paul told the crew on the Africa Mercy. “You gave us hope. I am so very happy for this result. Thank you, and we bless your future journey.”

And the future journey continues! At Stena Line, we are an extremely proud partner of Mercy Ships. We try to do our part in supporting their life-saving, life-changing work in different ways, such as running fundraising campaigns, encouraging our own employees to volunteer and spreading the message of their work.

You can get involved too! During September and October when you travel with Stena Line, you can add 20 cents or 20 pence to your coffee purchase and the money will go directly Mercy Ships. When you sit watching the tranquil sea pass by, warm cup in hand, you will have sent some relief and happiness to distant shores. /ylva.