A real sea captain who is crazy about Christmas

It was when we were taking photographs for our loyalty program ‘Extra’ that we discovered Captain Kenneth. He is not only a real sea captain, but now he is a model and a movie star too! In everyday life, when he is not working for us in the marketing department, he is the Captain of Stena Danica and his interest in sailing goes back to when he was a young boy. Here he talks about his time at sea and why Christmas is his favourite holiday.

From when I was a young boy I wanted to be a Captain at sea. I joined the boy cubs, and then the Sea Scouts so the journey continued. After four years on vessels all over the world, in 1975 I started in the ferry business but just for the summer – I am still here!

At Stena Line, I have worked on the Stena Nautica, Stena Saga and now the Stena Danica. My first contact with Stena Line was in 1972 when as a part of my training I spent a semester at the sailor school Barken Viking and I worked a few weekends on the former Stena Danica. I started in the kitchen doing the dishes, and then I worked in the bar by measuring the alcohol to help the waiters.

I am involved in various clubs and associations which I enjoy, including Skåre Boat Club where I am chairman and the Swedish Kenneth club where I have been a member for 22 years. Working with people, doing what I can to contribute in a positive way has always been important to me, not least in meeting with our guests.

One of those meetings was very special for me;
The last passenger car that came on board had a little incident with a truck. The truck rocked as the weather was bad and the headlight on the passenger car was destroyed. This was discovered on arrival and a crew member asked the driver to wait on the dock with the car, so we could arrange for someone to see them. It was I who had to meet them as First Officer. I thought this is not a great way to start your day! Well, I arrived and said “This is not good” and the driver said, “Oh, it’s just a car.” We solved all the problems and I offered them breakfast while dock staff in Grenaa arranged for the car to go to the workshop and the spotlight was fixed. I suggested that the driver along with her mother and little son would get in contact when they returned home so that I could arrange a visit to the bridge and a little snack. They contacted me and to cut a long story short: The driver of the car was called Christina and we have now been married for a number of years and I have adopted her son Jesper.
So yes, Stena Line will take care of their passengers. 😉

Weekends and holidays are nice even for those of us who work at sea and away from home. There is something very special about Christmas. People generally become a little kinder, showing a little extra care. I love to give gifts to the children. It is so wonderful to see the joy in their eyes when they receive their presents. Christmas is important for me so I love to plan and arrange these times in advance. It is, inter alia, tradition that I prepare the ham for Christmas. The ham is ordered in spring from the organic farm Ängavallen in Vellinge. I like to keep the traditions, especially when it comes to Christmas. There is always so much to do up until Christmas Eve but it is still a lot of fun as people are excited. When the Christmas rush is over, it is nice to let the Christmas peace spread and just spend time with the family.

We would like to thank Kenneth for sharing his story with us. Have you, like Kenneth, always known what you want to work with? And what is your favourite time of year? / Ylva. 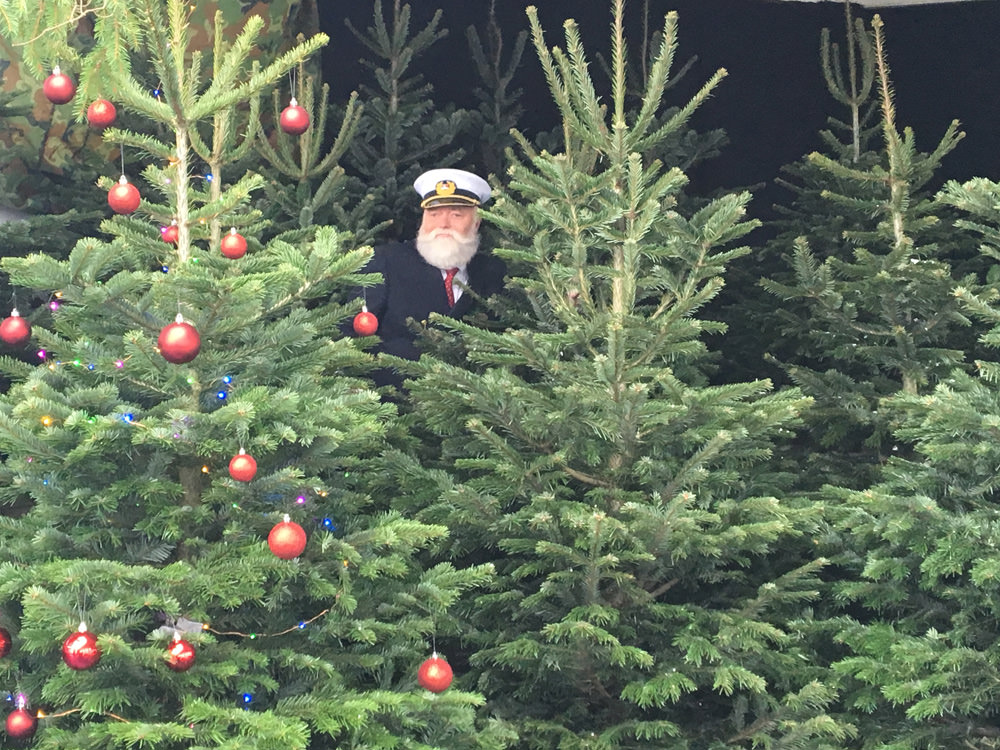