Last week we celebrated 50 years on our route between Gothenburg and Kiel. To help us celebrate we invited Captain Alan Junger along. He was the first to steer Stena Germanica towards Kiel. Yesterday Captain Alan Junger boarded “his” ferry again and travelled to Kiel along with our CEO Niclas Mårtensson, some dignitaries from the municipality of Kiel and many excited customers. Below you can read the story of Stena Germanica’s first trip and what has happened onboard throughout the years.

Around 7 p.m. on the 24th April 1967, Captain Alan Junger steered Stena Germanica on her first journey out of the harbor in the heart of Gothenburg to Kiel. The sun was shining that day and the ferry was filled with very excited passengers along with ship owner Sten A. Olsson, Stadtraat Rolf Renger from Kiel, his wife who had bought the ship a couple of days prior to the first journey and port director Stig Axelsson. 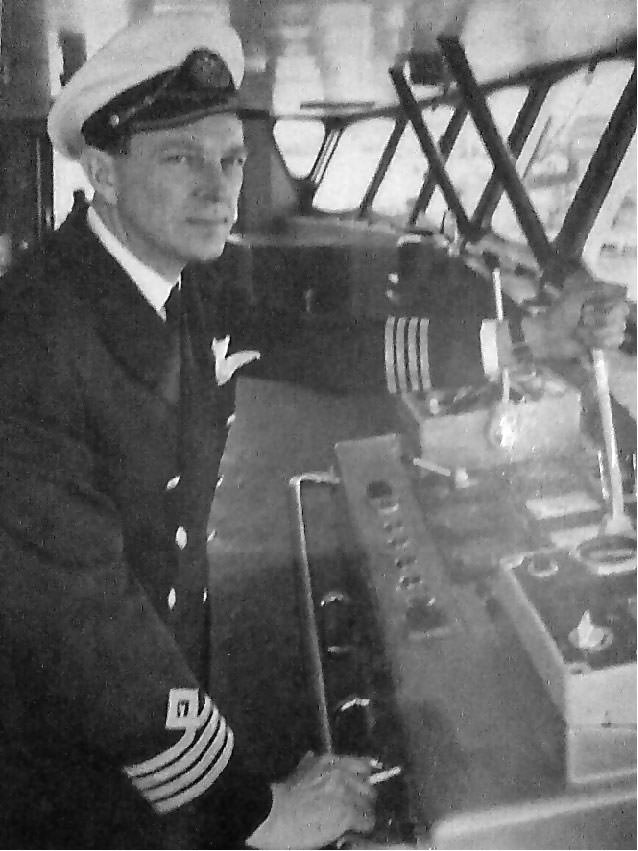 Alan Junger, the first one ever the steer Stena Germanica from Gothenburg to Kiel

Alan Junger, today 91 years young, remembers the trip as if it was yesterday. He was stunned by the amazing new ship that was built in Norway, which he himself had monitored during the completion of the construction. Stena Germanica was equipped with the latest technology and the strongest machines in business with 17.000 horsepower enabling a speed of up to 23 knot. At this time no other ferries could match this speed. The intention was to travel between Gothenburg and Kiel and back again within 24 hours, which Germanica did for a while. Stena Germanica was a good passenger ferry as it had very good stabilizers. Alan Junger remembers one occasion in particular. It was during winter at the end of 1960, when the whole bay in Kiel froze over; he noticed that the Stena Germanica had very good icebreaking abilities and it was able to dock successfully at the port.

The spirit onboard the Stena Germanica that day was amazing. Passengers were very impressed with the interior in the restaurants and bars. The food got excellent reviews thanks to our first class chef and after dinner passengers could enjoy dancing and a live orchestra.

On one of the top decks our first class cabins were located. On numerous occasions one well known ship owner from Norway travelled with Stena Line and always booked one of these cabins. Alan Junger tells us a story about how this passenger’s wife always kept a close eye on the interior of these cabins. One time, when she arrived at her cabin she noticed a blanket was missing. She knew who had been in cabin before her so she ran down to the car deck just in time as the passengers were about to leave the ferry. She spotted the passengers getting into their Rolls Royce, she ran up and opened the door to find the blanket wrapped around the wealthy ship owner’s legs and said “this belongs to me!” and slammed the door shut.

On another occasion, a passenger celebrated their birthday with colleagues on one of our Kiel-cruise. At the end of the journey, just before the ferry entered the channel into Gothenburg, the lady celebrating her birthday started to experience heart problems. The Stena Germanica reversed to the quay where an ambulance stood ready to help the lady.  The medical staff quickly boarded the ferry to assist the passenger. When the medical staff arrived back to the ambulance they were surprised to see all her colleagues inside the ambulance. They were in great spirits and when asked to climb down from the ambulance they replied “there’s nothing wrong with her, she is not worse than she can take a taxi home”.

Captain Junger is not surprised that the route between Gothenburg and Kiel turns 50 this year and that Stena Line has grown to become one of the biggest shipping companies in the world. He believes that one of the key success factors to Stena Line is the ability to employ great staff. He will always remember his time with Stena Line and all the eventful stories, there was a big difference between his career as a Captain transporting passengers to operating a container vessel in the middle of the ocean, as he had done before. Alan Junger always said that Sten A. Olsson was a man with a vision who always took time to talk and listen to his employers. 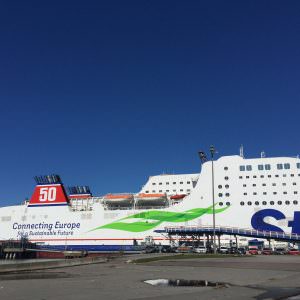 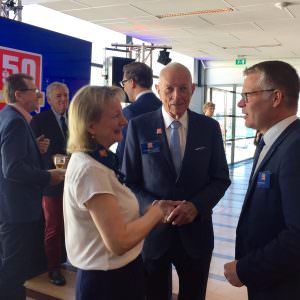 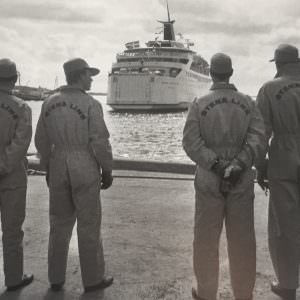 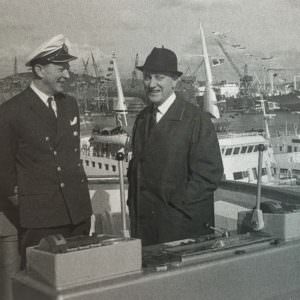