What really floats your boat?

Introducing “How Does it Work?” with Sigurd and Lillie.

Ever wondered why some things float and others don’t? Sigurd, cruise host on the Stena Danica and co-host of our new bi-weekly video series “How Does it Work?” has been wondering too. And so did a Greek mathematician called Archimedes who was born almost 3000 years ago.

Actually, it all began in a bathtub, – and with a completely different question. Archimedes needed to figure out the volume of an item with an irregular shape. Why? Because King Hiero II asked him to find out whether a crown he bought was made of pure gold or gold mixed with silver.

The story goes that as Archimedes sunk into his ancient tub with the king’s question on his mind, the level of water rose and some splashed out. Rather than finishing his bath and mopping up the mess, Archimedes leapt up crying “Eureka!” (“I’ve found it!”) and ran outside in his birthday suit.

Our hero had realized he could use the effect that caused the water to rise to find the crown’s volume and density.  His insight into the relationship between an object’s density and the amount of water it displaces led to the Archimedes principle, which brings us back to the question “Why do some things float and other don’t?”

And that brings us to “How do ships float?, the first episode of “How Does it Work?”

Wondering about the set? Most of our episodes are recorded at the Shiphistorical Society, Klubb Maritim in Gothenburg. They’re also the caretakers of Stena Line’s older archives and the authors of the historical posts here on the blog. They also wrote the book, “Stena Line – The history of a ferry company”.

Want to see more? Let us know what you think and what else you want to learn about by writing a comment below. And watch out for the next episode of “How Does it Work?”! 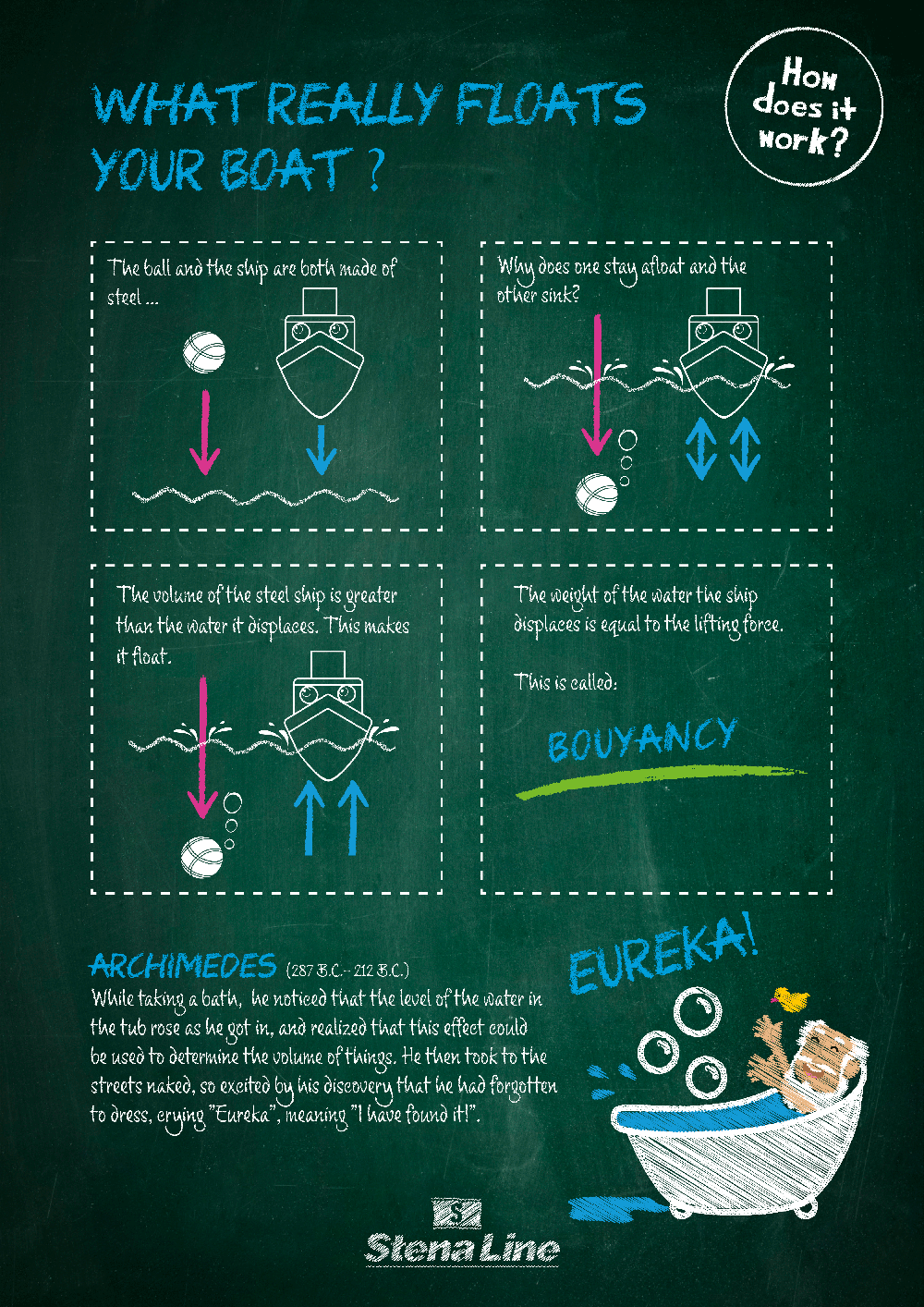 Tags: archimedes principal, bouyancy, how does it work, shipping