Despacito… Taking it slow and making it big!

This summer’s monster hit Despacito with Luis Fonsi and Justin Bieber is all about taking it slow. Perhaps not in the context of sustainable shipping, but it’s actually by taking it slow that Stena Scandinavica, which operates between Göteborg and Kiel, has cut fuel consumption by 28 percent in just five years. This has been achieved through changes to sailing times, excellent cooperation between land and sea and, not least, employees’ own innovations.

It’s soon time to depart, and staff onboard and on shore are working together to quickly load all of the passengers and freight. With 20 minutes to go until departure everything is in place, and Senior Master Jan Sjöström and his crew are ready to set sail.
«Once everything is loaded we depart, even if we’re ahead of schedule. We started doing this 15 years ago and it’s now become the norm in the whole company. Sailing slowly is more sustainable and environmentally friendly, as it means using less fuel. Extending the crossing time by 30 minutes generates fuel savings of ten percent.»

However, many other factors also have an impact. Weather and wind conditions can see a sailing between Kiel and Göteborg increase by 30 nautical miles, due to strong currents. It’s important to carefully plan each route in order to sail safely and punctually, while using as little fuel as possible.
Fuel Management System (FMS) is a big help in this case. Stena Line developed the system together with a company in Finland. It functions as an onboard computer, displaying the vessel’s fuel consumption in real-time on the bridge and in the engine room.
«After each trip, we analyse data from FMS and other systems, looking at how the sailing was planned and how it went in reality. Operating based on calculations may not always be the best option. It’s a case of swallowing your pride and making sure we apply what we’ve learned on the next sailing,» explains Jan. 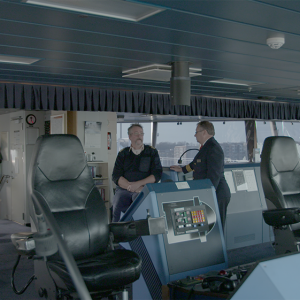 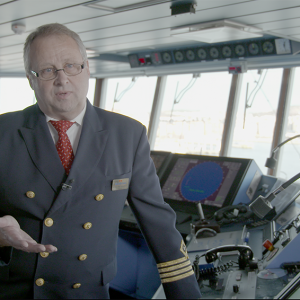 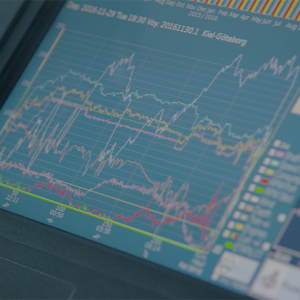 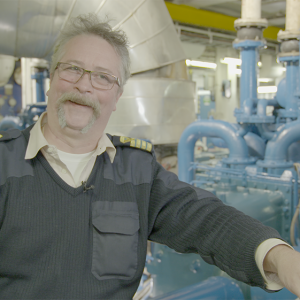 As Chief Engineer onboard, the environment is important to Jan Sanborn. Living on a farmyard, nature and animals play a big part in his life.
«I try to make as little impact as possible, and the same applies at work. You have to be a bit of a technical nerd when you work with this. You need effective cooperation between the staff ashore, on the bridge and in the engine room and it’s crucial to gain the commitment of your staff – this isn’t a job you can do alone.»

With help from First Engineer Thomas Ståhle, Jan Sanborn has built a heat pump system using parts from a decommissioned vessel. Simply put, the pump reuses energy, either from seawater or the air conditioning system.
«But people are just as important as technology. I speak regularly with everyone involved in operation about the results of their actions, and how we can optimise sailing to save fuel. We have to see the whole vessel as a single unit.»

Meanwhile, Stena Scandinavica heads towards Kattegatt with her bow deep under the water – this alone cuts fuel consumption by a further seven percent.
«By making certain adjustments to the vessel we can avoid large waves in the stern, which cuts speed. Generating unnecessary waves costs energy and wastes fuel,» says Jan. «We currently use 13 tonnes less oil per sailing compared to a few years ago, and the aim in future is to continue cutting fuel consumption and emissions by 2.5 percent a year.»
Fact box:

It’s a combination of all those big little things that make a difference. Have you made any changes in your everyday life in order to become more sustainable? /Sofia.