It all started at the kitchen table when Dan Sten Olsson was only 15 years old, the journey with Stena Line. Today our main owner, Chairman of the Board and CEO of Stena AB celebrates his 70th birthday. There have been many eventful and exciting years that we would like to share with you here on the blog in honour of this special day.

When Dan Sten was 15 years old his father, Sten Allan Olsson, established Stena Line. Dan Sten recalls it as an exciting and eventful period.
“It was fun to follow it all from the kitchen table and I remember my father coming home from work, putting on his ‘telephone’ trousers and starting to make calls – I would sit and listen.”

A year later, Dan went on his first sailing operated by his father, Sten A Olsson’s new ferry company. It was a school trip with the ferry Wappen von Hamburg on the route between Gothenburg – Frederikshavn. It was a very special trip and in fact, joining him onboard was his girlfriend Jane, who remains his wife to this day.
“It was a fun sailing”, Dan Sten recalls, when we caught up with him in his office at Stena Line’s headquarters, in Gothenburg. Besides the establishment of Stena Line, 1962 also marked the beginning of his relationship with Jane. 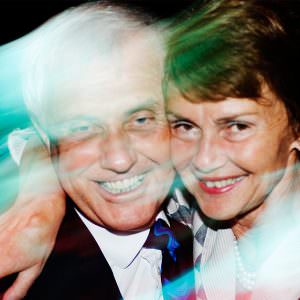 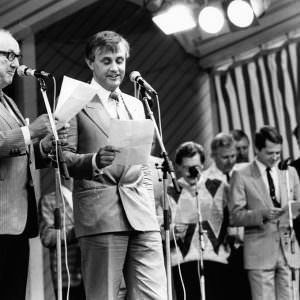 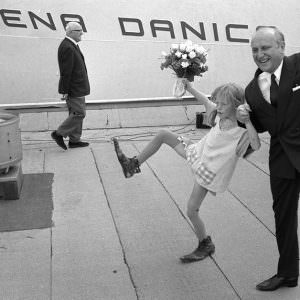 It wasn’t until 1972, after receiving an MBA from the Gothenburg School of Economics and various internships and jobs, that Dan Sten eventually joined Stena Line and he has remained as a faithful employee for almost 45 years.

However, following in his father’s footsteps wasn’t always part of the plan; Dan Sten actually had a completely different career in mind.
“In fact I wanted to become a historian, but after giving it some thought, I decided working with Stena Line would be more fun.”

Dan Sten’s first major decision in the company would see him ignore his father’s advice to travel to New York, and undergo training on tanker vessels. He was convinced the company’s future lay in operating passenger ferries, and stood firm by his decision. It would prove to be a smart move, a move that we at Stena Line are very thankful for.
“I thought the ferry market looked more promising. We have focused on developing our tanker operations later, but at that particular time I think I made the right call”, he explains.
“Actually, there is nothing more fun than running a ferry company”, he continues. “Optimism is the common thread running through our company’s development and history. In addition to efficient transportation, we provide products, experiences and services that our customers can enjoy immediately. It’s a fantastic environment to work in!”

Despite all the success, everything hasn’t always gone our way or straight forward, but this is where Dan Sten’s attitude towards entrepreneurship has played a huge role.
“Economic cycles and trends have created both opportunities and threats over the years. For us it is important to always remember that the world does not go under because it is difficult right now. In my opinion, bad businesses don’t exist, it’s just a case of poor branches. Ultimately, it is this belief in combination with the trust we have in ourselves, that gave us the courage to develop the business”.

So, what are Dan Sten’s most important milestones over the years with Stena Line?
– When the first car ferry Stena Danica arrived.
– When we started selling packaged trips.
– When we rebuilt and elevated the ferries to Denmark in order to get two truck decks instead of one.
“It was the biggest innovation I have been in charge of. Eventually, this led to us getting rid of our competitor, Sessanlinjen”, Dan Sten says. 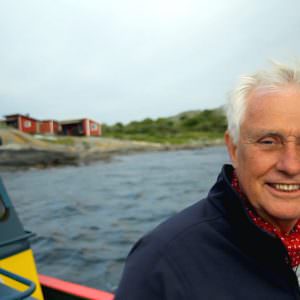 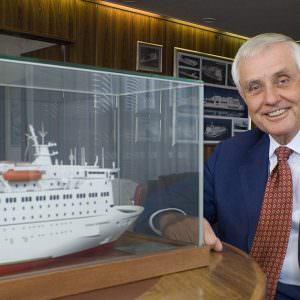 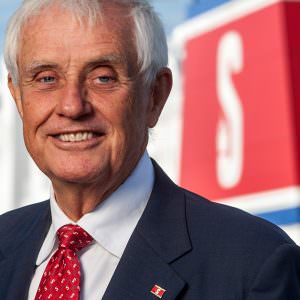 And speaking of innovations, it is something that Dan Sten holds particularly close to the heart, which is why he encourages all employees to contribute to and ensure that we have the right tools. Much of the tremendous progress made in the company during these past 55 years has happened thanks to the spirit of product developing that an innovation has created
“Innovations are amazing. The best example of an innovation is when two employees jointly decide to move a cupboard from one side of the room to the other, thus increasing productivity – it doesn’t have to be more complicated than that”, he says.

When asked what his father Sten would tell him about the company today, the answer comes with a smile.
“He would say: “Jeez how well it’s gone!” And he would add: “I trust that you have managed to save money for the future and  difficult times?”

Please share with us your memories of Stena Line and perhaps even Dan Sten and his 55 years with us as comments below. /ylva.