As a new year is approaching it is time to look back on 2016 and be proud of what’s been achieved. So… are you ready for some bragging? It’s time to sum up 2016 – and what a year it has been!

But let’s begin with the major stuff. Four new ships. Not one or two, no, four! The intention is that the vessels will be used within our route network in Northern Europe. Besides being huge RoPax ferries with a lot of space for our customers, they will be the most fuel efficient RoPax ferries in the world. We can barely wait until 2019 when the first delivery is planned.

And speaking about fuel efficiency… Did you know that in 2017 we will be initiating our 300th project in our Energy Saving programme! In other words, we are focusing a lot on fuel efficiency and of course a part of that is to contribute to the usage of clean energy in as large extent possible. The targets is to reduce fuel consumption by 2,5 percent a year. For 2016 the statistics is not ready yet but during 2015 we exceeded this target and decreased fuel consumption by 2,8 percent. This year we reached a milestone in our work with clean energy as Stena Germanica made her first full trip on methanol. This has been a dream and focus for many of us since the project started in 2014.

And the winner is….

But the award cavalcade does not end there. Stena Line was also awarded as ‘Best Ferry Company’ at the annual Northern Ireland Travel and Tourism Awards. It was the 24th time we received that award! And just a few weeks ago we won two Silver awards in the British Travel Awards 2016, for Best Ferry/Mini Cruise Operator and Best Ferry Operator for Customer Service. The British Travel Awards has been registering public opinion on the performance of leisure travel and visitor attraction providers since 2008.

The most social ferry brand

During 2016, we were the socially most talked about ferry brand compared to our competitors, and we also managed to both activate and engage our followers to a higher degree than our competitors. Yay! Here is some of the stuff that we have initiated that has made people talk.

The Ultimate European Roadtrip
We love traveling and we love cars. Therefore we teamed up with Volvo and Sembo during the summer and invited some really great people to help us show what the “Ultimate European Roadtrip” could look like. We had YouTubers and celebs from Poland, Sweden, Germany and Norway traveling with us. They made a great job and produced a lot of inspiring material that was seen by over 5.5 M people and generated more than 700K reactions in social media!

A ferry nice day for an ice-cream
What do you want most on a hot, sunny day? Well, we think the answer is; an ice-cream! So in Hoek van Holland this summer we decided to give our guests, waiting in the heat, free ice cream. Guess if they liked it? We love social, but understanding our customers’ needs and surprising them is the real deal.

The first Pokémon Go meet up in Sweden!
This summer, the world was hit by the Pokémon fever. Suddenly, young kids and grown-ups were seen everywhere walking around looking down on their smart phones, chasing virtual creatures. Some people saw it as a great way to activate kids, others saw it as something dangerous as the Pokémon chasers didn’t watch where they were going and accessed dangerous places. Regardless, it was an extremely popular activity this summer that arrived to Sweden on the 16th of July. Less than a week later, we hosted the first Pokémon Go meet up in Gothenburg, right next to our terminal. 2000 people showed up to take part in the event and we offered free snacks, water, possibility to charge the phones, competitions and give away. 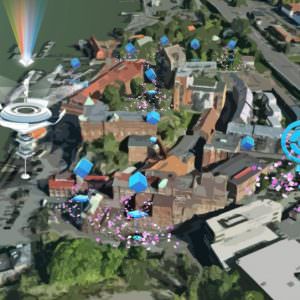 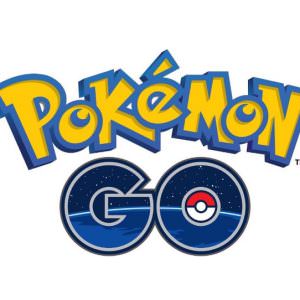 So that was three examples from things that happened during the summer. Didn’t we do anything social the rest of the year? Of course!

We brought Christmas to you!

Not all companies have their very own Santa. But we do! Captain Kenneth who is working as Senior Master on Stena Danica during the rest of the year, transforms into Santa himself as Christmas is approaching. Follow the secret life of Santa below.

But we took the whole Santa Line campaign one step further and created an app where you can play Captain Kenneth. Gaming Line as it is called was downloaded by almost 15.000 people before Christmas and together they spent the staggering 3000 hours playing our games, which is the equivalent of 60.000 game rounds. We would have never thought that our guests were so eager to spend their time with us – but I guess it’s safe to say that we managed to create an app that entertained you.

So, an exciting year has come to an end and we are really looking forward to the next one. We have prepared lots of things to share with you! But first – let’s thank you all for making 2016 a great year together with us – we hope that Stena Line has contributed to lots of new, happy, memories for you! /Ylva.