A Yugoslavian-built ferry with an Olympic aura and Scandinavian design

Stena Olympica was built in Yugoslavia and delivered in the same year as the summer Olympics in Munich in 1972. The interior design was clearly influenced by the decade she was delivered in, as well as by her Scandinavian heritage. Read about her 40 year long history below. 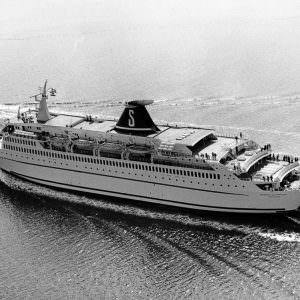 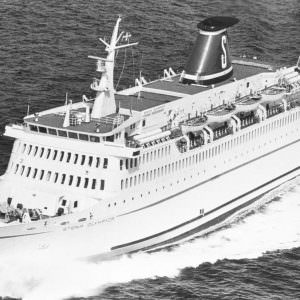 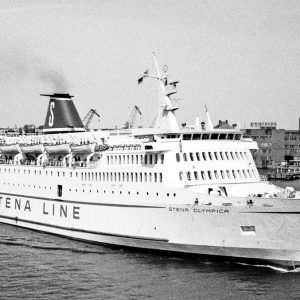 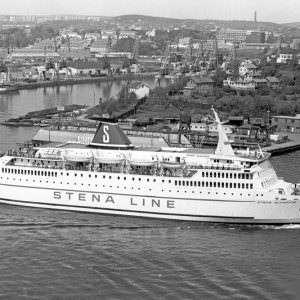 A product of her time

The interior of the STENA OLYMPICA was very spacious and comfortable. It was designed by the distinguished Swedish architects Rolf Carlsson and Hans Nilsson. The style onboard signalled a clear stylistic departure from the former Stena Line ferries, which had generally had traditional maritime interiors with wooden surfaces and softer colours. The STENA OLYMPICA, on the other hand, featured bright colours throughout. The furniture was covered in fabrics with strong, saturated tones. The interior held a mirror to 1970s Scandinavian design and consisted mainly of Swedish components.

The passengers boarded a large hall where the whole floor at the information desk was covered in white marble. On this same deck were the majority of the cabins. The outside-facing ones had their own shower and toilet, but not the inside-facing ones. The restaurant deck upstairs was based on Knud E. Hansen’s concept of a restaurant in the bow and cafeteria in the stern. The two eateries were merged together with a kitchen on one side and a large kiosk centre on the other. On the deck above was a very attractive bar lounge with beautiful views through the big windows. At the stern there was a sleeping area with 190 Pullman beds.

The saloons onboard had names related to the Olympic Games set to take place in Munich the same year as the ferry was delivered. How about Restaurant Olympos, Cafeteria Marathon and Munich Pub? This gave a special character to the ship. STENA OLYMPICA was also a very flexible ferry. On the day trips to the Danish coastal town, Korsör, and later to Frederikshavn, near the tip of Jutland, the cabins were empty and the ships still functioned as spacious and purposeful day ferries. 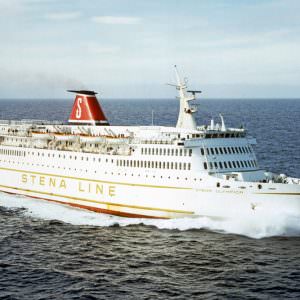 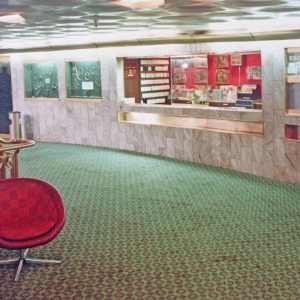 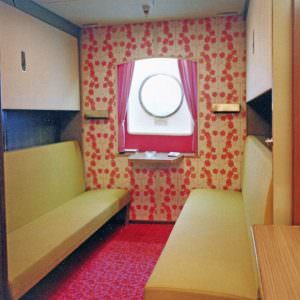 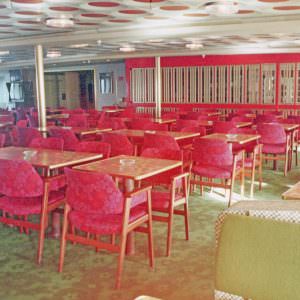 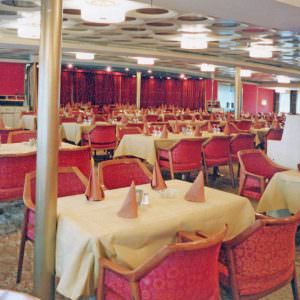 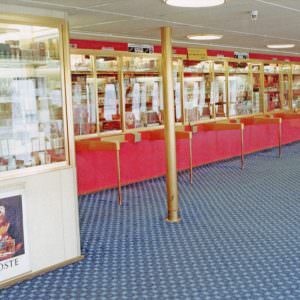 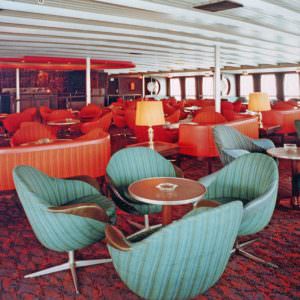 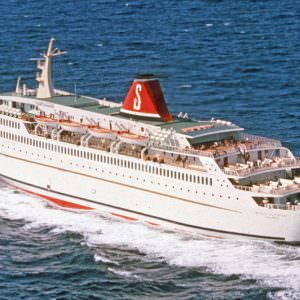 In principle, STENA OLYMPICA contained the same types of furnishings that STENA GERMANICA had offered. The business concept was the same but everything was bigger. The second-generation German ferries had upwards of 40 percent more beds than their predecessors and more than 70 percent greater freight capacity. Compared to contemporary German ferries on night lines, Stena Line’s ships nevertheless had a relatively larger passenger capacity and less freight capacity. This reflected the high demand for travel to and from Germany along the Kiel route. When renovated at Swedish shipyard in Sölvesborg, the cabin capacity of STENA OLYMPICA was increased by 152 beds. But the ship’s elegant exterior was aesthetically compromised at the same time. The rebuilding was a good example of Stena Line’s focus on maximizing the earning potential of the ferries. 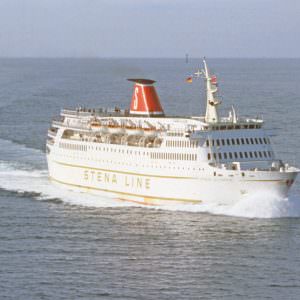 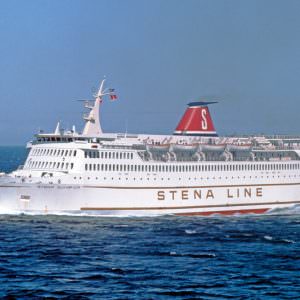 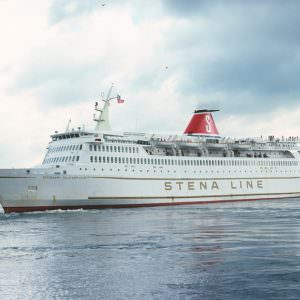 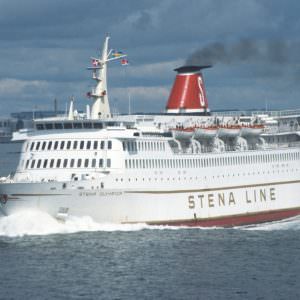 STENA OLYMPICA only cost 28 million Swedish kroner in 1972. To this end, Stena Line received a ferry which, after a minor rebuild, offered a total of 1000 beds as well as large restaurant spaces. This meant great competitiveness. The vessel had become a valuable unit in the Stena Line fleet when competition in Germany’s traffic escalated in the 1970s, such as when Sessan Line opened a route between Gothenburg and Travemünde in 1974.

After 10 years in traffic, Stena Olympica was replaced with larger tonnage. The vessel was then sold to Prince of Fundy Cruises Ltd and used in the summertime route between SCOTIA PRINCE and Portland, Maine and Yarmouth, Nova Scotia. In 1986, the ferry was extended and continued on the same route until the line was discontinued in 2005. Thereafter, the Stena Olympica was used in various charter assignments, mainly in the Mediterranean. It was only in 2012 that this colourful ferry was finally scrapped in Bangladesh after a successful 40-year long career.