An Olympic giant on the Kiel route

It was an unexpected purchase that turned out to be a very good deal. Stena Atlantica  was only ours for a year but she served well on the Gothenburg-Kiel route during the Olympic games in Munich. Below, our history experts Rickard and Anders tell her story.

When Stena Line purchased SAGA from Svenska Lloyd in 1972 and gave her the name STENA ATLANTICA, it was a ship that Stena never actually wanted, but one that turned out to be a very good deal for the company. After sailing for a year, she was sold with a capital gain of 10 million Danish kronor. This unexpected purchase was due to the delay in the construction of a new ship for the Kiel route. Stena Line urgently needed a large second ferry to meet the high demand that the Olympic Games in Munich would create. 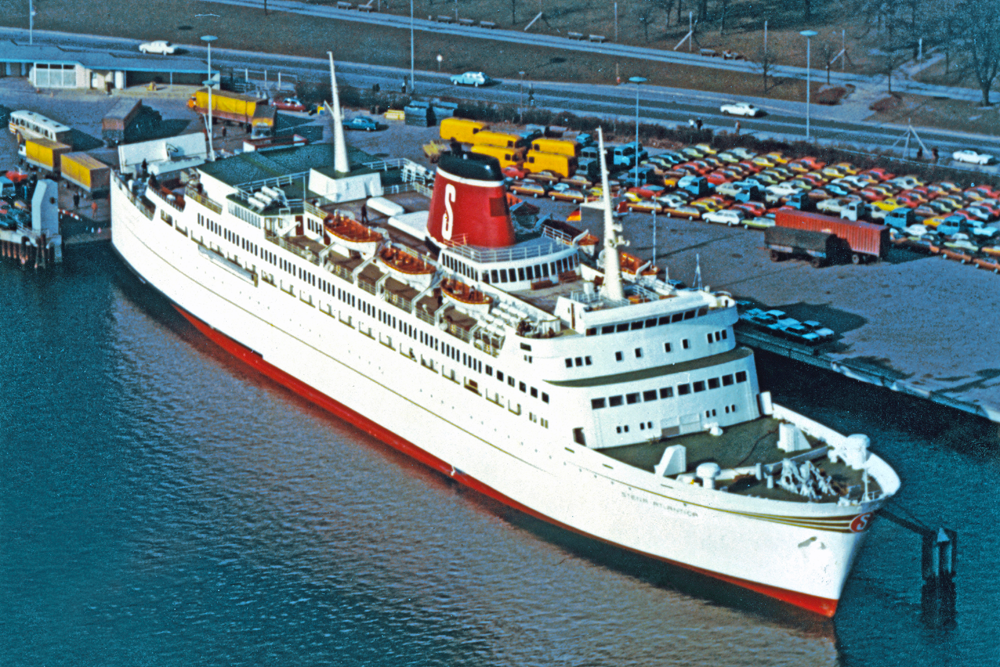 The fact that SAGA was to be built came as a surprise when the news was first announced in 1964. Svenska Lloyd had more or less given up the idea of ​​passenger traffic on the classic Gothenburg – London line. The route had become too competitive. Some young employees in the company thought differently. They predicted that containers on roll-on / roll-off ships would revolutionise the extensive freight traffic across the North Sea. They didn’t believe in the use of trailers and trucks when the crossing was so long.

With roll on / roll off, a modern ferry could achieve a good margin and load 1,500 tonnes every 12 hours in port. With old technology, this would have taken up to a week. Even though a passenger interior and a cargo deck were added, the ferry could run profitably with revenue from container transport. Shipping rates were high on the North Sea. Financially, accommodating passengers offered “gravy on the mash”.

SAGA began running in the spring of 1966. The crossing time was 36 hours, which allowed three trips a week between Sweden and England. Svenska Lloyd collaborated with Ellerman’s Wilson Line and Rederi AB Svea in a company called The England – Sweden Line, which employed a total of three similar ferries. Together they dominated and were believed to be able to control the freight market.

The right idea went suddenly wrong when Tor Line started in 1966. Their two ferries had the speed to drive across the North Sea to England in 24 hours, and they managed six trips a week. They transported trucks and could unload and load in a few hours. Tor Line created overcapacity with falling shipping prices as a result. Hence, economically, SAGA was never a success.

There was no doubt that the passengers who travelled on the SAGA were enamoured by her. The interior was created by Robert Tillberg together with Nordiska Kompaniet’s Astrid Sampe and was absolutely first class. Established artists such as Bertil Vallien had also participated. Style-wise, SAGA was the equal of the Sweden-America Line’s KUNGSHOLM from the same year. She was a ferry that was easy to love, with the exception that the cabins each had four beds and Svenska Lloyd assumed the passengers would share a cabin with strangers. 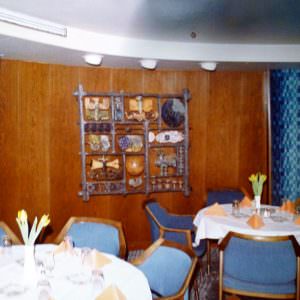 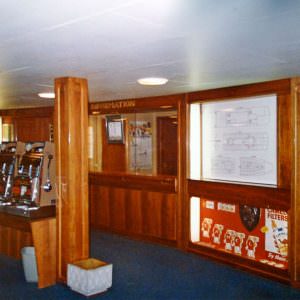 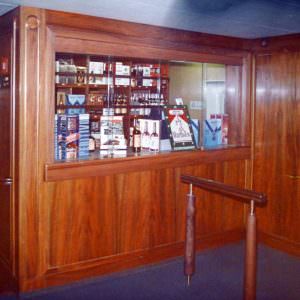 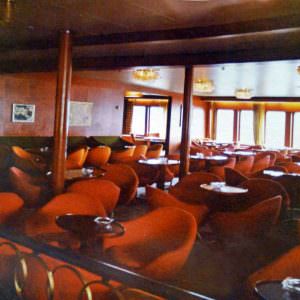 In 1972, Svenska Lloyd had major economic problems and needed to rationalise its fleet. SAGA was put up for sale and Irish Continental Line wanted to buy her to sail between Ireland and France. However, it was Stena Line who got her in the end and changed her name to STENA ATLANTICA. Stena Line saw the potential of the ferry and added a “box” to the deck that contained 314 Pullman beds in addition to the 486 cabins already occupied by the ferry. The total passenger capacity was set at 1,500 and a total of 300 passenger cars could be transported. The STENA ATLANTICA was seen as a giant for the time. The one hindrance was that the truck capacity was as small as eight units.

While with Stena Line, STENA ATLANTICA sailed on the Gothenburg – Kiel and Gothenburg – Copenhagen routes. The ferry was sold to Finnlines in 1973 to be used for short crossings in winter and longer cruises in the summertime between Helsingfors – Nynäshamn – Travenmünde. In the autumn of 1975 she was replaced by larger tonnage on these cruises and was instead chartered out to Olau Line for use on their Sheerness – Vliessingen line. As OLAU FINN, she was now back on the River Thames. From 1982 – 1983, she sailed as FOLKLINER on short cruises between Gävle and Kaskö. Then the ferry was sold to Greece and sailed for many years as FESTOS between Piraeus and Crete, and later on the Adriatic Sea. In 1998 she received a Turkish flag and became CAPTAIN ZAMAN I. She continued to sail on the Adriatic Sea.

In 2001, the ferry was purchased by Turkish Sancack Line, became SANCACK I, and was introduced to the Cesme – Brindisi route. After two more years of hard work, this proud ferry was docked and soon only scrap remained in the Turkish port town of Aliaga. An amazing ferry had reached the end of the road.срочные займы до зарплаты

As usual, we would like to thank our experts, Anders Bergenek and Rickard Sahlsten, for this extensive history and great pictures. As members of Klubb Maritim they take care of our archives and contribute these stories. <3 / ylva.